A super window of opportunity 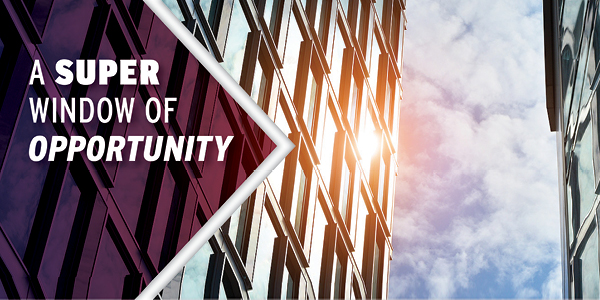 05 Jul A super window of opportunity

Posted at 05:46h in Blog by Reuben Zelwer

New rules coming into force on July 1 will create opportunities for older Australians to boost their retirement savings and younger Australians to build a home deposit, all within the tax-efficient superannuation system.

Using the existing First Home Super Saver Scheme, people can now release up to $50,000 from their super account for a first home deposit, up from $30,000 previously.

Another change that will help low-income earners and people who work in the gig economy is the scrapping of the Super Guarantee (SG) threshold. Previously, employees only began receiving compulsory SG payments from their employer once they earned $450 a month.

But the biggest potential benefits from the recent changes will flow to Australians aged 55 and older. Here’s a rundown of the key changes and potential strategies.

From July 1, anyone under the age of 75 can make and receive personal or salary sacrifice super contributions without having to satisfy a work test. Annual contribution limits still apply and personal contributions for which you claim a tax deduction are still not allowed.

Previously, people aged 67 to 74 were required to work for at least 40 hours in a consecutive 30-day period in a financial year or be eligible for the work test exemption.

This means you can potentially top up your super account until you turn 75 (or no later than 28 days after the end of the month you turn 75). It also opens up potential new strategies for making a big last-minute contribution, using the bring-forward rule.

Extension of the bring-forward rule

When combined with the removal of the work test for people aged 67-75, this opens a 10-year window of opportunity for older Australians to boost their super even as they draw down retirement income.

From July 1, you can make a downsizer contribution into super from age 60, down from 65 previously. (In the May 2022 election campaign, the previous Morrison government proposed lowering the eligibility age further to 55, a promise matched by Labor. This is yet to be legislated.)

The downsizer rules allow eligible individuals to contribute up to $300,000 from the sale of their home into super. Couples can contribute up to this amount each, up to a combined $600,000. You must have owned the home for at least 10 years.

For instance, you could sell your home and make a downsizer contribution of up to $300,000 combined with bringing forward non-concessional contributions of up to $330,000. This would allow an individual to potentially boost their super by up to $630,000, while couples could contribute up to a combined $1,260,000.

The latest rule changes will make it easier for many Australians to build and manage their retirement savings within the concessional tax environment of super. But those generous tax concessions still have their limits.

Currently, there’s a $1.7 million limit on the amount you can transfer into the pension phase of super, called your transfer balance cap. Just to confuse matters, there’s also a cap on the total amount you can have in super (your total super balance) to be eligible for a range of non-concessional contributions.

As you can see, it’s complicated. So if you would like to discuss how the new super rules might benefit you, please get in touch.

Australians aged between 60 and 74 now have greater flexibility to downsize from a large family home and put more of the sale proceeds into super, using a combination of the new downsizer and bring-forward contribution rules.

Take the example of Tony (62) and Lena (60). Tony has a super balance of $450,000 while Lena has a balance of $200,000. They plan to retire within the next 12 months, sell their large family home and buy a townhouse closer to their grandchildren. After doing this, they estimate they will have net sale proceeds of $1 million.

By using a combination of the downsizer and bring-forward rules, Tony and Lena can contribute the full $1 million into super. Not only will this give their retirement savings a real boost, but they will be able to withdraw the income from their super pension accounts tax-free once they retire.