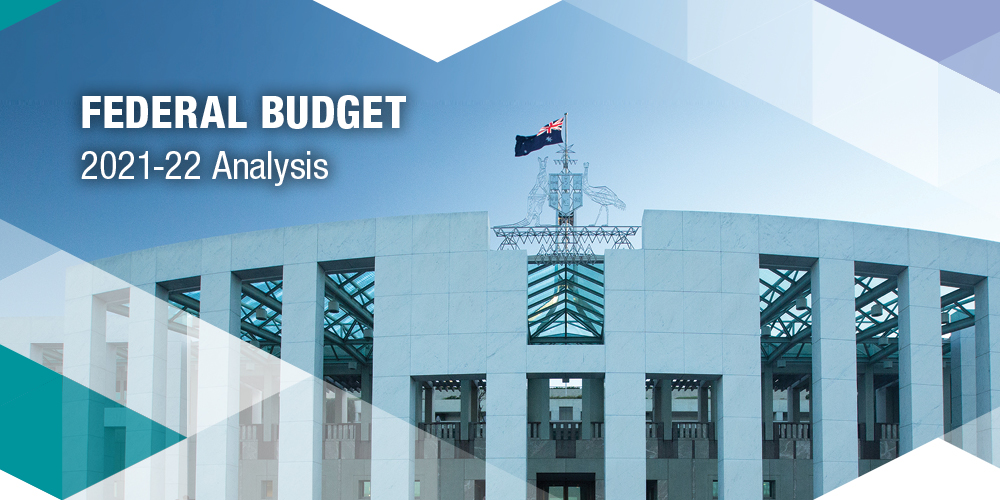 Posted at 00:02h in Blog, Uncategorized by Reuben Zelwer

In his third and possibly last Budget before the next federal election, Treasurer Josh Frydenberg is counting on a new wave of spending to ensure Australia’s economic recovery maintains its momentum.

As expected, the focus is on jobs and major new spending on support for aged care, women and first-home buyers with some superannuation sweeteners for good measure.

With the emphasis on spending, balancing the Budget has been put on the back burner until employment and wages pick up.

This year’s Budget is based on a successful vaccine rollout which would allow Australia’s borders to open from mid-2022. The Treasurer says he expects all Australians who want to be vaccinated could have two doses by the end of the year.

So far, the economic outlook is better than anyone dared hope at the height of the pandemic just a year ago, but challenges remain.

Net debt is forecast to increase to an eye-watering $617.5 billion (30% of GDP) by June this year before peaking at $980.6 billion four years from now.

The large improvement in the deficit has been underpinned by the stronger than expected economic recovery and booming iron ore prices. Iron ore prices have surged 44% this year to a record US$228 recently.i

The centrepiece of the Budget is a $17.7 billion commitment over five years to implement key recommendations of the Aged Care Royal Commission. This includes $7.8 billion to reform residential aged care and $6.5 billion for an immediate investment in an additional 80,000 Home Care Packages.

In other health-related initiatives, the Treasurer announced additional funding of $13.2 billion over the next four years for the National Disability Insurance Scheme, taking total funding to $122 billion.

And in recognition of the toll the pandemic has taken on the nation’s mental health, the Government will provide an extra $2.3 billion for mental health and suicide prevention services.

After criticism that last year’s Budget did not do enough to support women’s economic engagement, this Budget works hard to restore gender equity. The Women’s Budget Statement outlines total spending of $3.4 billion on women’s safety and economic security.

While childcare is of benefit to all parents, it is generally mothers who rely on affordable care to increase their working hours.

As widely touted, proposed changes to superannuation and support for first home buyers also have women in mind.

Superannuation gets a boost

In a move that will benefit part-time workers who are largely women, the Treasurer announced he will scrap the requirement for workers to earn at least $450 a month before their employers are obliged to pay super.

The Government will also expand a scheme allowing retirees to make a one-off super contribution of up to $300,000 (or $600,000 per couple) when they downsize and sell their family home. The age requirement will be lowered from 65 to 60.

In addition, from 1 July 2022 the work test that currently applies to super contributions (when either making or receiving non-concessional or salary sacrificed contributions) made by people aged 67 to 74 will be abolished.

Despite opposition from within Coalition ranks, Superannuation Guarantee payments by employers will increase from the current 9.5% of earnings to 10% on 1 July and then gradually increase to 12% as originally legislated.

Housing affordability is on the agenda again as the property market booms. To help first home buyers and single parents get a foot on the housing ladder, the Government has announcediv:

Improvements to the Pensions Loan Scheme

In a move that will please cash-strapped pensioners, the Treasurer announced that the Pensions Loan scheme – a form of reverse mortgage offered by the Government – will allow people to withdraw a capped lump sum from 1 July 2022. Currently income must be taken as regular income, which makes it difficult to fund larger purchases or home maintenance.

Under the new rules, a single person will be able to withdraw up to the equivalent to 50% of the maximum Age Pension each year, currently around $12,385 a year ($18,670 for couples).

The Government will also introduce a No Negative Equity Guarantee which means the loan amount can never exceed the value of the home.

Approximately ten million Australians will avoid a drop in income of up to $1,080 next financial year, with the low-and-middle-income tax offset extended for another 12 months at a cost of $7.8 billion.

With companies warning of labour shortages while the nation’s borders are closed, the Government has been under pressure to do more to help unemployed Australians back into work.

So, the focus in this Budget is squarely on skills training with $6.4 billion on offer to increase workforce participation and help boost economic growth.

This includes a 12-month extension to the Government’s JobTrainer program to December 2022 and an additional 163,000 places. The Treasurer also announced funding of $2.7 billion for 170,000 new apprenticeships.

Job creation is also at the heart of an extra $15.2 billion in road and rail infrastructure projects, expected to create 30,000 jobs. This is on top of the existing 10-year $110 billion infrastructure spend announced previously.

With an election due by May 21 next year, this is as much an election Budget as a COVID-recovery one. Although another Budget could be squeezed in before an election, it would have to be brought forward from the normal time.

The Government will be hoping that it has done enough to provide funds where they are needed most to continue the job of economic recovery.

If you have any questions about any of the Budget measures and how you might take advantage of them, don’t hesitate to call.

Information in this article has been sourced from the Budget Speech 2021-22 and Federal Budget support documents.

It is important to note that the policies outlined in this publication are yet to be passed as legislation and therefore may be subject to change.