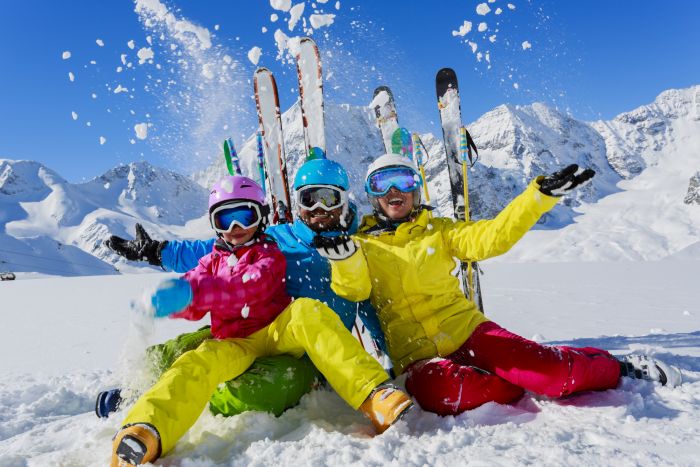 Posted at 17:57h in Blog by sari@betsee.com.au 0 Comments

When we sit down to write these commentaries, the objective is to identify some of the headlines that have dominated news over the last month or so and to seek to put these in context for our investors. Often any sort of examination beyond a cursory glance reveals a quite different reality, or at least a much more subtle and nuanced situation. This task is one that has, since the beginning of the year, necessarily involved trying to interpret the actions of the Trump administration. At various times in these commentaries we have described the current administration as confounding any attempts to place it in historical context, and more recently as lurching from one crisis to the next. With another couple of month’s experience, if we were to amend that statement in any way it would only be to highlight that the speed with which one crisis is followed by the next is accelerating.

As evidence of that, consider that a week ago the world was justifiably consumed with the prospect of war between the United States of America and North Korea, and yet just a week later that has been largely subsumed by the President’s response to the race fueled violence in Virginia. We shall however retain our focus on the possible nuclear conflict, sparked by off-the-cuff remarks made by the President at an event to discuss opioid addiction in the United States. The President uttered the now infamous phrase “fire and fury like the world has never seen,” in what it can only be interpreted as relating to a possible pre-emptive nuclear strike against Kim Jong Un and North Korea’s nuclear weapons program.

It is estimated1 that it would take approximately 30 minutes for a nuclear tipped intercontinental ballistic missile launched from North Korea to reach Los Angeles (and as this diagram2 makes clear, most of Australia). It is however not yet confirmed that the North Koreans have this capability. Recent high altitude tests of their missile technology indicate that their ranges are increasing, and their capabilities are advancing more quickly that had previously been thought. Of the options available for the United States to deal with North Korea, none of them can be described as good, but certainly some are much worse than others. In simple terms these have been outlined as 1) a preventative first strike leading to full-scale war, 2) limited military action aimed at preventing further advancement in the nuclear weapons program, 3) a so-called decapitation action which removes Kim Jong Un and 4) acceptance.

“Every option the United States has for dealing with North Korea is bad. But accepting it as a nuclear power may be the least bad. Pyongyang has been constrained by the same logic that has stayed the use of nuclear arms for some 70 years. Their use would invite swift annihilation. In the Cold War this brake was called MAD (mutual assured destruction). In this case the brake on North Korea would be simply AD: assured destruction, since any launch of a nuclear weapon would invite an annihilating response; even though its missiles might hit North America, it cannot destroy the United States.”3

It is of course very hard to take any absolute assurances in this situation, but perhaps we can at least safely assume that Kim Jong Un is someone who does not want to bring about the annihilation of his country. It is also important to note that the newly installed South Korean President Moon Jae-in has pushed back at the bellicose rhetoric of President Trump, and seems willing to engage with his North Korean counterpart. In a recent speech he said “there will be no war repeated on the Korean Peninsula,” and “no one should be allowed to decide on a military action on the Korean Peninsula without South Korean agreement.” It remains to be seen whether President Trump will accept this, or indeed the advice of his own military and diplomatic counsellors. However, with about 25 million people in the Seoul Capital Area and more than 60,000 US troops stationed in South Korea and Japan, any decision to go to war will be one that comes at an enormous cost, for a President with rapidly diminishing political capital.

We have considered the portfolio positioning, which includes exposure to South Korean companies such as Samsung and Hyundai, but have not at this time deemed it necessary to alter the current exposures within the International Equities asset class. To put this episode and the recent volatility in context, since late July the main Korean share market index has fallen by a little more than 4%, but has provided a total return over the last year of 17% in the local currency, and just shy of 11% in Australian dollars.

The Australian economy continues to make its way through the adjustment process that has been underway for many years now, and by most estimates the negative impact from the unwinding of a boom in mining related investment is all but complete.

Regular readers will recall that the one area where we have been looking for an improvement has been in wages growth. For now at least it appears we need to be satisfied that the rate of growth is not declining any further, with the latest data released showing wages growth steady an historically low reading of 1.9% per annum. However, this chart shows the change in real wages, which is after having made an allowance for inflation. What is evident is that whilst wages growth has been low, we have been in a very low inflationary environment and as a result, on average, there has been a small increase in real wages for the last several years. Also of note in the chart above is the impact of the global financial crisis, where real wages decreased for much of 2008 and 2009, which was then followed by the mining boom which saw strong growth driven by high paying jobs in that sector. The most important thing for us to consider though is what happens next?

We touched on this in the January commentary and spoke of the resilience of labour productivity, with recent swings in our economy and national income largely explained by the change in our terms of trade – the difference between prices for our exports and imports. That measure has actually increased by 25% since a low reached in March 2016, and reflects recent strength in several of our key exports, mainly iron ore and coal. The important conclusion from that discussion was that positive real income growth should return. On that front there does seem to be reason to believe that whilst we are stalled at an historically low rate of growth, that cyclicality will return and that means an increase is likely in coming months and years. A recent decision by the Fair Work Commission to raise the national minimum wage by 3.3% (compared with last year’s figure of 2.4%) would seem to provide some support to this argument. Ross Gittins recently wrote on the topic and summarised the situation: “So there’s been a sound economic justification – the need to restore our industries’ international price competitiveness – for our weak wage growth over the past three or four years. But that need has now been satisfied, allowing us to hope for a return to real wage growth.”4

This measure of income is so important because of the effects it has on retail sales and housing affordability. These charts are taken from the Reserve Bank’s Statement on Monetary Policy and accompany comments that the bank sees a positive outlook for consumption growth, based on recent increases in retail sales across all states and categories.

The economy will also continue to receive a strong contribution to growth from activity in the building and construction sector, not just from residential property but also from the public sector. Significant infrastructure projects are underway in New South Wales and Victoria, and will continue for the next several years. We are also seeing a solid contribution from exports of our services, concentrated mainly in education services and tourism, though these are likely to have been impacted by the stronger currency in the recent past. Overall, the Australian economy looks to be on a sound footing, with strong jobs growth expected to continue, and wages growth to follow. We expect that the overweight stance to Australian Equities to be in place for the foreseeable future.