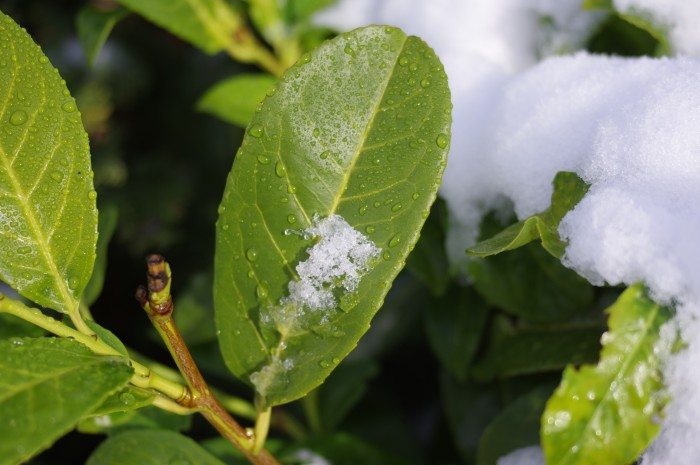 There has been a small adjustment to the risk free rate used in the table below. This is the threshold between the Fully Priced valuation and the Overpriced band and is consistent with the average return available on a 5 year term deposit form the major Australian banks. That rate has eventually shifted slightly lower in response to the decision of the RBA to cut official interest rates in early August and it now stands at 2.85%. Looking across the range of asset classes the relativities between them remain largely unchanged though the actual forecast returns are somewhat lower given recent rallies in a range of markets around the world.

We start below with a brief discussion on the major regions of the world before moving on to provide the latest long term forecasts and comments on each of the asset classes in your portfolio.

The never ending presidential election campaign has mercifully just two months to go and there have been some significant moves in the likely outcome, following the national conventions held by both parties in August. A widely criticised convention performance from Donald Trump saw the Republican nominee’s likelihood of success plummet, though several weeks on the statistical modelling currently shows Hillary Clinton has about a two to one chance of becoming President. It is worth noting that the analysis of investment markets in terms of a four year presidential term generally shows that the early years of a new term aren’t normally associated with robust economic growth. Whether that is still applicable in modern day politics remains to be seen. What does seem a safe assumption though is to expect that the gridlock in Washington will remain. Anecdotal evidence is already emerging about Republican plans in Congress to stymie any policy initiatives from a Democrat in the White House. It will also be important to pay attention to the Senate outcome where the Democrats are currently expected to regain a majority. The next President will presumably fill the vacant seat on the US Supreme Court, which will have potentially significant ramifications in a number of areas.

Meanwhile the latest read on growth in the US economy was revised down slightly to an annualised rate of 1.1% for the second quarter of 2016, and the Bureau of Economic Analysis confirms that corporate profits have declined for the fifth straight quarter in America. Balancing that relative weakness though is continued strength in the labour market with an average of about 200,000 jobs per month added over the last year and signs of a pick-up in both inflation and wage growth. This is widely thought to be behind Fed Chair Janet Yellen’s recent comments that “the case for an increase in the federal funds rate has strengthened in recent months.” Her next sentence was not as widely reported but confirms that any such move to increase interest rates will continue to be “data dependent.” That the sharemarket continues to reach new highs is a factor of increasing valuation multiples rather than fundamental factors, and as such we continue to remain comfortable with our stance of not being invested here.

The referendum decision to leave the European Union continues to be a significant overhang on the UK economy, not least as the uncertainty it creates curtails strategic planning and investment from the corporate sector. The early stages of planning for the separation are progressing only slowly, with reports of difficulty in staffing the office of the newly installed Brexit minister. We have also just seen an offer from the Australian Prime Minister at the G20 meeting to provide assistance to the UK in terms of our expertise with regard to trade negotiations. In the short term the plummeting British currency has provided a fillip to the economy and in recent days has led some analysts to delay their predictions of recession as a result of the Brexit vote. Current estimates are that it is not likely that the UK will be in a position to lodge the paperwork to formally notify the EU of their intent until late next year, which will be when the two year negotiation period outlined in the Treaty of Lisbon will commence. Experience suggests that two years would be a very ambitious timeframe to finalise such a momentous transition, and even were that to be achieved we are therefore looking at the end of 2019 as the earliest possible resolution to the Brexit situation. We can be confident that uncertainty will remain a feature of the landscape but also that the status quo will prevail for perhaps at least the next three years.

The reform programs continue apace in China though the balance between debt-funded, state-directed investment and the longer term transition to an economy led by the domestic sector is still a work in progress. Managing the accumulation of debt in the corporate sector and in particular the large State Owned Enterprises is one of the most fundamental challenges facing the Chinese authorities. There are programs being put in place at the moment to deal with this issue which will present challenges not just for the companies concerned but for the large banks that have loan exposures. The Chinese are of course far less burdened by the political vagaries that regularly curtail decisive policy action in western economies, though the task is still a formidable one.

The reform program under President Xi Jinping’s leadership also continues in other parts of the Chinese economy and society, with recent examples including proposed changes to consumer tax laws designed to encourage consumption in households. This comes on the back of changes to taxes designed to ease the burden on corporations and to keep track with changes in consumption patterns as the middle class in China continues to emerge. Economic growth remains in the mid 6% range for GDP, though as we have been writing for several years the pattern of easing is expected to continue in future.

The Australian economy continues to exhibit strong economic growth, as confirmed by the latest data which shows that GDP expanded at an annualised rate of 3.3% in the second quarter of 2016. This places our economy amongst the very best performers in the developed world, and continues the pattern of strong recent growth with the results from the last three quarters edging upwards from 3.0% in Q4 ’15 to 3.1% in Q1 ’16 and now to 3.3% in Q2 ’16. The central bank has opted to leave interest rates on hold at the last meeting for current Governor Glenn Stevens, noting that despite a large decline in business investment driven by the transition in the resources sector, that growth has been supported by domestic demand and exports. A rate rise in the United States later this year would be welcomed by the incoming RBA Governor and current deputy Philip Lowe, as the expected easing in our currency back to the lower end of the 70c range would support expansion in key sectors such as exports and tourism.

The housing market and related activity continues to be at the centre of our economic transition, and this comes as a welcome facilitation of that transition away from the early stages of the mining boom. It does however also involve the potential for excess in parts of the housing sector and this is something to which we need to remain particularly vigilant. These are areas that we have indeed been monitoring closely for a long time now, and primarily relate to the construction activity in apartments in certain areas of the major eastern capital cities. A comprehensive report on this topic recently noted: “The surge in apartment construction need not lead to oversupply depending on the level of underlying demand. This is a function of household formation, demolitions and vacant/second homes.”1 The report drew on independent expertise to assess underlying demand and concluded that Brisbane already has an oversupply situation, but that completions are still running below demand in Melbourne and Sydney. Just how many of the Approvals make it through as Completions is something that will be a key aspect of making sure the individual apartment markets remain in long-term balance. It is worth noting there are currently no indications of a similar phenomenon occurring in the market for detached housing, where activity remains consistent with long term trends.

We continue to favour the Australian Equities asset class on both fundamentals and valuation. Given that, it is important to note that we remain comfortable with that exposure and are confident that it is being well managed by the banks and well supervised by the prudential regulator.

And finally, we conclude this discussion with a brief comment on the actions of central banks in both Europe and Japan. European Central Bank President Mario Draghi is thought to be highly likely to expand the region’s extraordinary support measures as his efforts to induce a modest level of inflation remain a challenge. The current program of quantitative easing is set to conclude in March next year though there does not appear to be anyone who is of the view that the European economy will be in the position of not requiring these additional liquidity measures in six months’ time. As such, an announcement is expected shortly that the end date for the program will be pushed out by at least six months along with an increased target and expanded range of assets for the ECB to purchase.

In late September the Bank of Japan will conduct a “comprehensive assessment” of its monetary policy and again the expectations are that additional support will be announced. Having not met market expectations in terms of the range of support measures in late July, a rate cut deeper into negative territory is a definite possibility. If there is one consistent refrain from not just Europe and Japan but the world’s central bankers, it is that the limits of effective monetary policy support have been tested and it is time for governments to overcome political impediments and adopt sensible long term fiscal policies that will deliver sustainable growth. Whether they are able to do so remains to be seen.