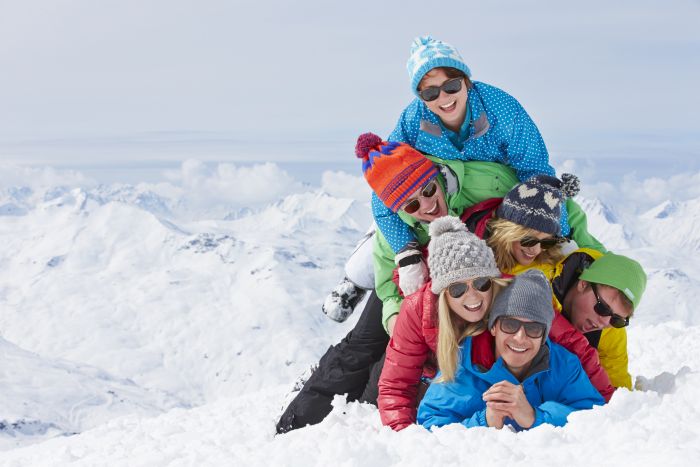 The reverberations experienced following the Brexit vote have largely given way to reasonably solid
rallies in most investment markets around the world. Some are describing these as temporary relief
rallies, while others think the initial moves were an over-reaction, particularly for those of us on the other
side of the world. You will likely not be surprised to hear we have not taken a firm view over such a short
time frame as a few weeks.

Very little is certain about how the situation in Europe and the United Kingdom will play out, save for the
fact that right now there are definitely more questions than answers. The Prime Minister who instigated
the referendum on membership of the European Union has stepped down and is now a caretaker PM,
whilst the jostling amongst those that would move in to 10 Downing Street looks now to have been
narrowed to a race between two. In a measure of how fluid the situation is, if we were writing this about a
week ago the presumptive new Prime Minister was one of the figureheads of the Leave campaign,
though Boris Johnson’s plans for ascendancy were undone by his former supporter Justice Minister
Michael Gove. Gove in turn was called out for his seeming treachery, even drawing comparisons with
Kevin Spacey’s character Francis Underwood from the series House of Cards. It should come as no
surprise that the inspiration for the US series was a BBC version dating back to 1990. The current
situation certainly provides ample support for the aphorism that reality is very often stranger than fiction.

Meanwhile, Labor Opposition Leader Jeremy Corbyn has suffered what from our antipodean vantage
point would appear to be an overwhelming vote of no confidence from his Labour Party colleagues,
though for now he remains steadfastly unbowed to the rebuke. Finally, to round out the dearth of political
leadership there is perhaps the most vocal of those that advocated for the Leave campaign in Nigel
Farrage declaring his task complete as he steps down from the leadership of the UK Independence
Party. In a small but telling indication of the animosity between UKIP and the leadership of the European
Parliament he was asked “Why are you here?” upon resuming his seat in that chamber in the immediate
aftermath of the decision. While such intrigue is always compelling, it nonetheless begs the question
what does this mean for the respective economies of the UK, Europe and the rest of the world, what will
be the likely impact on investment markets, and more importantly on your portfolio?

Some of the more interesting analysis1 that attempts to understand the post-Brexit world applies the
principles of Game Theory to tease out the motivations of either side. The output of this thinking is that
there is likely to be a period of stalemate in the negotiations that will last at least through the northern
summer, and that this uncertainty will cause a downturn in the UK economy and likely further
deterioration in the pound. On that last measure it is worth noting that the British currency has now fallen
the most in 2016 among more than 30 major currencies relative to the US dollar, surpassing the declines
of even the peso from respectively Mexico and Argentina.

With David Cameron having made clear that the formal process of leaving the EU is a task for his
successor, there can be no progress on this for at least the next two months. The decision as to the new
Prime Minister is being put to the 150,000 members of the Conservative Party, and their judgement is
not expected to be known until September 9. What seems clear in the interim is that there will be no
informal negotiations about the terms of the exit ahead of the official notification, known as an Article 50
declaration under the Treaty of Lisbon. German Chancellor Angela Merkel made this point definitively,
albeit more diplomatically than European Commission President Jean-Claude Juncker: “I have placed a
presidential ban on commissioners engaging in discussions with the British government… they can have
no informal discussions with representatives of the United Kingdom. No notification, no negotiation.”

Each side will naturally seek to extract the best deal possible for the constituency they represent, which
for the British means retaining access to the common market while adhering to the commitments given
during the referendum campaign. It is here where we come to a likely impasse, given the four freedoms
held as fundamental tenets of the European Union: i) free movement of goods, ii) freedom of movement
for workers, iii) right of establishment and freedom to provide services, and iv) free movement of capital.2
Clearly the second of these was central to the motivations for those that voted to leave, and equally
there does not appear any likelihood at this stage that Europe would compromise on that requirement.

There has been some talk of the “Norway model” being applied which confers membership of the
European Economic Area, though for this Norway has accepted the freedoms outlined above including
those that apply to workers. Tellingly, Switzerland rejected the Norwegian approach of EEA
membership, though later accepted most of the EEA rules anyway, including the free movement of
persons and workers, in order that they could trade on desired terms with the EU. “As these real-world
examples show, no country that wants to benefit from the European project has been able to have its
cake and eat it. Open borders and economic integration require common rules. A ‘spaghetti bowl’ of
different a la carte arrangements would not work for a continent of more than 30 small and medium size
countries and more than 500 million people. The EU provides this set of common rules, buttressed by
common institutions that give every country, even the smallest, a say.”3

While this quote can be taken as reflecting the views of the European establishment, a history of
selective enforcement of treaty provisions could be seen as a mitigating factor against the inevitability of
the conclusions drawn therein. Returning though to the principles of Game Theory, we are not in this
instance talking about the lax application of agreed fiscal policy parameters, but the very survival of the
EU itself. That is to say that it is in the interests of those on the European side of the negotiations to
make it abundantly clear that leaving the EU is a painful process that comes with substantial negative
consequences, lest others become emboldened to follow the path the British are going down.

With apologies to those seeking a neat conclusion to this discussion, we will instead talk briefly about the
process by which we predict earnings growth and make long term asset class forecasts. Over very long
periods we can observe that earnings growth moves broadly in line with Nominal GDP growth, after
making an allowance for the dilutive effects of companies issuing more capital to fund their growth.
However, a more reliable gauge is often needed when economies are experiencing either particularly
sluggish or unusually rapid growth. Here an assessment that incorporates a long term expected
valuation multiple, an allowance for dividends paid from earnings and an assessment of current versus
trend growth, gives a reliable long term estimate that is independent of GDP. For that reason, while we
will watch closely the political and economic developments in the UK and Europe, deterioration in GDP
or even recession will not of itself be sufficient to preclude such exposures deserving inclusion in your
portfolio.

In early July the ratings agency Standard and Poors adjusted the outlook for Australia’s sovereign credit
rating from Stable to Negative. By their definition this implies that the chance of government debt being
downgraded from AAA to AA+ over the next two years is now one in three. Were this to happen it means
S&P would change their assessment of the capacity Australia has to meet its financial commitments
from ‘extremely strong’ to ‘very strong’ and ordinarily that would imply that the cost of debt would be
higher. However, the world of government debt and global bond markets is assuredly anything but
ordinary at the moment. In fact, records are being broken regularly as the yield on bonds fall around the
world, as the chart below shows for 10 year bonds.

The impetus for this new stance from S&P was their concern about our fiscal outlook, and the likelihood
or not that policy enacted by the new government would see the budget return to surplus early in the
next decade, having seen slippage from the optimistic promises made by governments of both
persuasions in years past. Whilst a balanced budget in the medium term would be welcome, not least to
ensure an appropriate policy response was available when a downturn comes again, it is difficult to
envisage a significant spike in interest rates in the current global context if the rating downgrade comes
to be. Either way, our government remains one of the least indebted in the developed world and our
economy continues to grow at rates which would be the envy of those listed in the chart above.