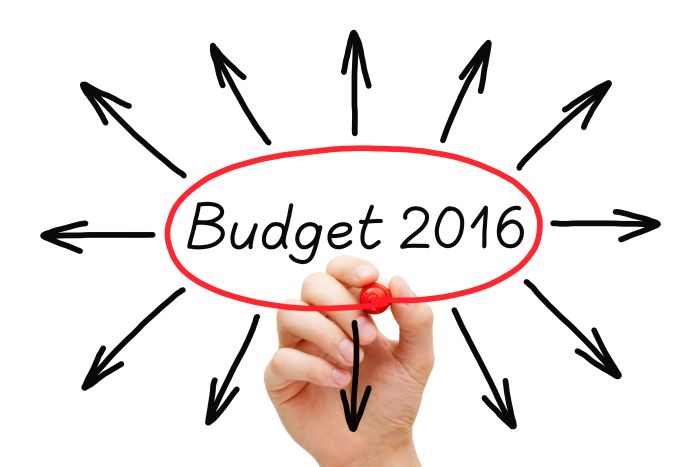 On the 3rd of May, federal treasurer Scott Morrison put forward a number of proposed changes, mainly around contributions to superannuation and taxation. Here’s a brief roundup of what the proposals regarding superannuation could mean for you. Remember, proposals are not set in stone and could change as legislation passes through parliament.

Now for the Budget proposals

5.  Removal of the work test to contribute to superannuation
Proposed effective date: 1 July 2017
Currently, individuals aged 65 to 75 who want to make voluntary superannuation contributions need to meet the work test. People aged 70 or over are also currently unable to receive contributions from their spouses. The government will remove these restrictions for all individuals aged less than 75, from 1 July 2017.

6.  Making it easier to claim tax deductions for personal super contributions
Proposed effective date: 1 July 2017
The government is proposing to allow all individuals up to age 75 to claim an income tax deduction for personal superannuation contributions. If legislated, this will effectively allow all individuals, regardless of their employment circumstances, to make concessional superannuation contributions up to the concessional cap. This measure assists those whose employer may not provide the ability to make salary sacrifice contributions to super. It will also assist those who are partially self employed and partially wage and salary earners.

7.  Making spouse contributions more attractive
Proposed effective date: 1 July 2017
Currently, if you make contributions into your spouse’s account you are entitled to a tax offset of up to $540 if certain requirements are met. One of the requirements to qualify for the maximum offset is that the receiving spouse’s assessable income, reportable employer superannuation contributions and reportable fringe benefits in the financial year must be less than $10,800. To be eligible to receive the contribution, the receiving spouse must currently be: – under age 65, or – aged between 65 and 70 and has met the work test for the financial year in which the contribution is made. The government proposes to; remove the work test restrictions for all individuals aged up to 75, and  increase access to the spouse superannuation tax offset by raising the lower income threshold for the receiving spouse to $37,000 (cutting out at $40,000).

8.  Changes to the taxation of Transition to Retirement (TTR) income streams
Proposed effective date: 1 July 2017
The internal earnings within a superannuation account on the amount used to purchase a pension are currently tax-free. This will no longer apply to transition to retirement income streams from 1 July 2017 should the proposal go ahead. This means that earnings on fund assets supporting a transition to retirement income stream after this date would be subject to the same maximum 15 per cent tax rate applicable to an accumulation fund.

9.  Introduction of a $1.6 million superannuation transfer balance cap
Proposed effective date: 1 July 2017
From 1 July 2017, the government is proposing to introduce a $1.6 million transfer balance cap. This cap will limit the total amount of accumulated superannuation benefits that an individual will be able to transfer into the retirement income phase. Subsequent earnings on pension balances will not form part of this cap. If you have superannuation amounts in excess of $1.6 million, you will be able to maintain this excess amount in a superannuation accumulation account (where earnings will be taxed at the concessional rate of 15 per cent). A tax on amounts that are transferred in excess of the $1.6 million cap (including earnings on these excess transferred amounts) will be applied, similar to the tax treatment that currently applies to excess non-concessional contributions. Fund members who are already in the retirement income phase with balances above $1.6 million will be required to reduce their retirement balance to $1.6 million by 1 July 2017 should the proposal go ahead. These excess balance amounts may be converted to a superannuation accumulation account.

Adapt Wealth Management encourages our clients to contact our offices to discuss your situation.