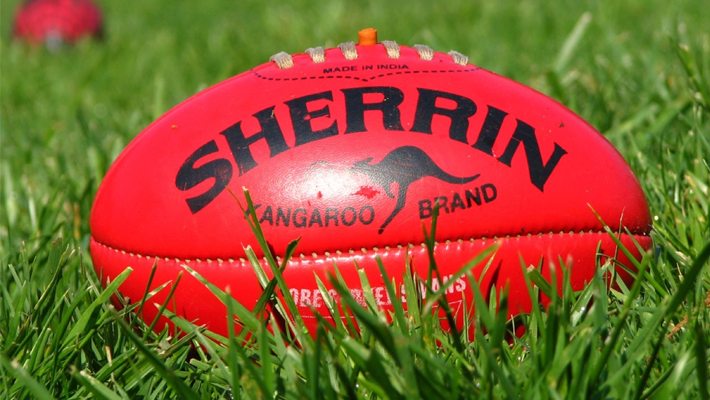 Posted at 19:55h in Blog, Market Update, Uncategorized by sari@betsee.com.au

The March quarter was,to borrow a football analogy,a game of two halves.In our January commentary we addressed some of the concerns in the market about the spike in volatility,and pleasingly many of these have abated significantly in the latter half of February and through March.The raw performance numbers for the quarter show mostly benign results, masking of course the dip and recovery that we witnessed.Looking at both price moves and income shows that the ASX200 was down by 2.75% for the quarter.The banking sector continues to attract extraordinarily negative sentiment and was down by low double digits over the same period, though the market was bolstered by modest gains in Resources.

Measures of market volatility halved from the peaks in mid-February to the end of March, though have picked up again somewhat in early April. Importantly, when we lift our eyes and evaluate such measures across a longer time frame they remain well within normal trading ranges. Looking to overseas markets we can observe a similar phenomenon of retracement from the February spike in volatility. In both instances this is assuredly aided by the recent relative stability in commodity prices, particularly oil in a global context and iron ore in our own environment.

The Reserve Bank board met in March and left interest rates at 2.0%, a policy stance they have maintained since April 2015. What was noted though in the accompanying comments was the inference that the Australian dollar was higher than the bank would prefer, having rallied nearly 12% from US$0.686 in mid-January to the peak at beginning of April of US$0.768. Were this exchange rate to moderate in coming weeks and months then one would have higher confidence about the RBA not needing to cut rates to support the economy. However a sustained period that saw the dollar at or above these levels would increase the chances of a rate cut from the bank to move the currency back into the low 70c range, thus continuing to provide support to key sectors of our economy.

The status of the housing market and by extension the health of our local banks continues to attract no shortage of attention, and no narrowing in the divergence of opinion about the potential outcomes.During March we had an update on the building approvals data which has been running at historically high levels for some time now, and has been a critical input to our economic growth. That data showed that a moderation in activity was continuing to unfold, though at this stage there does not appear to be any objective analysis which supports the conclusions of those portending doom.

While building approvals data can be observed and measured, what is more difficult to accurately gauge is the demand side of the equation. Our population has been growing steadily over a long period now, via a combination of both natural increases and net migration, such that about 1 in 4 Australians were born overseas, and close to half have at least one parent born overseas. However, that rate of growth appears to be slowing somewhat, and in narrower areas such as student migration may lead to some imbalances in apartment markets in regions such as Melbourne and Brisbane. However, on a national scale the housing market can be expected to make a significant contribution to growth, directly and indirectly, for at least the medium term.

The banking system and its regulators are well aware of the issues local to our own economy and internationally, and are making steady progress towards the objective identified in the Financial System Inquiry of a sector that is “unquestionably strong.” This will be an ongoing process in which “we continue to invest in building resilience now, when it can be done in an orderly manner from a position of relative strength.”

During the month of March the latest update to the policy suite designed to support the European economy was announced by the European Central Bank. Having taken interest rates down to zero in response to the region’s economic woes it was determined that additional support was still required and this led to a now familiar path of Quantitative Easing (QE). This is a policy initiative which we have discussed regularly in these pages, though more prominently in the context of the United States, and more latterly as they unwound their program and eventually moved off zero interest rates late in 2015.Evidently the economies of either region are at different stages of recovery from the global financial crisis and each of course has their own characteristic issues to deal with in the aftermath of that significant disruption. The ECB has announced an expansion of their QE program to €80 billion per month (up from €60 billion) and that they will spend this amount buying a broader range of assets.

The central bank has put in place a policy environment in which the banking system and credit markets are in a position to strongly support the nascent demand in the European economy.Unemployment remains stubbornly high in the low double digits for the region, though is continuing to edge lower and economic growth is forecast to be steady, rising from the mid 1% range to closer to 2% in coming years.Just as was the case in the United States there remain trenchant critics of such policy, though as we have also noted in the past these critics tend to change the justification for their objections over time.

Heading across the Atlantic we are nonetheless still focused on central banks and two important events that occurred during March. The first was a meeting in the middle of the month of the Federal Open Markets Committee, the body within the Federal Reserve tasked with managing monetary policy. As suspected their deliberations concluded with no change to interest rates, though there was some important insights gleaned from the accompanying announcements, most notably that there are now likely to be fewer rate increases in 2016 than had previously been thought to be the case.

Fed Chair Janet Yellen has long been at pains to point out that no inferences should be drawn from past rate rising cycles about the trajectory of the current one, however this most recent adjustment still led many to conclude there had been a noteworthy change in stance from the FOMC. Yellen must surely have used the phrase “data dependent” dozens if not hundreds of times in the past couple of years, though when she shows herself to be exactly that it still seems to be cause for some consternation amongst observers of Fed policy. The Fed Chair gave an expansive speech at the end of March where she reaffirmed her position and that of her colleagues.

“In my remarks today, I will explain why the Committee anticipates that only gradual increases in the federal funds rate are likely to be warranted in coming years, emphasising that this guidance should be understood as a forecast for the trajectory of policy rates that the Committee anticipates will prove to be appropriate to achieve its objectives, conditional on the outlook for real economic activity and inflation. Importantly, this forecast is not a plan set in stone that will be carried out regardless of economic developments. Instead, monetary policy will, as always, respond to the economy’s twists and turns so as to promote, as best as we can in an uncertain economic environment, the employment and inflation goals assigned to us by the Congress.”2

On these two goals, collectively known as the Fed’s dual mandate, there continues to be solid progress made in the US economy. Whilst the unemployment rate in the United States has recently edged higher to 5.0% it has done so as the participation rate is climbing, a particularly welcome development signaling that formerly discouraged workers are re-entering the labour market. Similarly, there has been a pick up in a range of inflation measures, helped by a cessation in falling commodity prices and the continued reduction in labour market slack. Here though we remind ourselves that the economy and the investment markets are two very different things.

The rally in the second half of February and into March was a widespread one in global markets, and as such while the expected returns have come in slightly, their relativities remain largely unchanged.